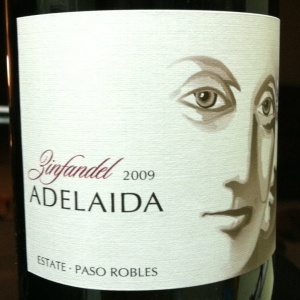 Growing up in the 1960’s and early 1970’s, we only had black and white television sets . . . which really wasn’t a problem because everything on television was IN black and white!  In Brian’s case, the television set was in the lower level, or the basement, and his parents rarely, if ever,watched television.  Jean’s Mom was an artist, and when complained to by her children that “everyone else has a color TV”, painted the B&W set orange – gotta love Margaret!

Occasionally, Brian’s Dad would watch an old war movie when he knew it was going to be on – Von Ryan’s Express was one of his favorite (extra 10 points to who can name the singer who was in this movie!).  At Christmastime, this would change because an Andy Williams Christmas Special was just that – SPECIAL!  Watching those shows even though they had been taped (yes, TAPED!) months earlier – you could feel Christmas in the air.  Every Christmas Carol sung brought you that much closer to the “big day!”  It was the perfect Christmas gathering with Andy Williams and all of his family gathering around a big ole’ Christmas tree for the final song of the night.  It was, in one word, magical!

As icons go, Andy Williams best days were a long, long time ago.  For the past dozen or so years, he owned and operated the Andy Williams Moon River Theater in world-famous Branson, Missouri.  Thirteen years in Missouri and we NEVER went to Branson!  All of this being said, it’s still a loss when one of the true ‘voices’ of the past is lost.  He was and is a part of Americana that a lot of us still remember.  His songs rarely made the Top 40; he was a square to the older part of the baby boom generation, who at the time could only focus on newer, ‘hipper’ performers and not a crooner from their parents’ generation.

We both have fond memories of Andy Williams songs being played in our houses.  Losing a guy like Andy Williams is kind of like losing your next door neighbor.  Yeah, you know what we’re talking about, he’s always there – day after day, week after week, month after month and year after year.  You’re so used to having him around that you forget that he’s still around – until he’s gone.   Did you know that it was Andy Williams who introduced us to The Osmond Family?  We can still remember watching them when they were kids – man, time sure does fly!!

We thought it would be appropriate to find a wine that had some or all of the titles to Andy’s most remembered songs in its’ name.  Unfortunately, we didn’t have any Moon River wine.  Actually, we’ve never heard of Moon River wine, so we did the next best thing.  We found a wine that was as smooth and silky as Andy’s voice.  Tonight’s wine, and we’ll be visiting this winery next month ( one of our all time favorites!!), is a 2009 Adelaida Zinfandel.  It’s so smooth, we sounded as good as Andy Williams!  It’s so silky, we looked like Andy Williams (not really).  FYI – the folks at Adelaida in Paso Robles, California know A LOT about winemaking . . . between their Zinfandels and their Cabernet Sauvignon, they’ve won numerous tasting awards, but our favorite is still their Schoolhouse Cab (ah, yet another post in the making).

Anyway, back to the 2009 Zinfandel – this is a really smooth bottle of wine and we can only imagine that it will get better over the next two to three years.  It’s really quite simple what makes this wine so great – it’s got all of your necessary elements for a good zin including vanilla on the nose and a lot of fruit in between.  It’s the kind of wine you can enjoy under a moon lit sky on the river (wider than a mile).

So, you may not even know who Andy Williams was – in that case, use Google and look him up.  If you remember who he was, and you have one or two memories, then raise a glass for one of the real crooners from the 60’s – they DON’T make ’em like Andy Williams anymore.  Enjoy this wine – enjoy his music and remember that life is too short to not enjoy a couple of the finer things.  Until tomorrow, cheers and God Bless Andy Williams.

Please remember to enjoy responsibly and recycle whenever possible.