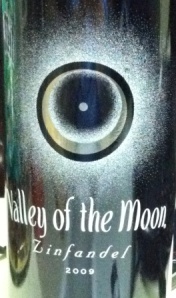 Long Day’s Journey into Night is a drama in four acts written by American playwright Eugene O’Neill in 1941–42, but only published in 1956. The play is widely considered to be his masterwork. O’Neill posthumously received the 1957 Pulitzer Prize for Drama for the work.  The action covers a fateful, heart-rending day from around 8:30 am to midnight, in August 1912 at a seaside Connecticut home – well about the only thing today had in common with this drama was that we left the house at 7:30 a.m. this morning and got home at midnight (but it sounded like a great way to open tonight’s blog).

As parents, getting to spend time with your children in any way, shape or form is priceless (for everything else there is MasterCard).  We had the opportunity to connect with daughter #1 in The Woodlands for a day of lunch and shopping, and as it would turn out, dinner as well.  Even though we arrived home to three anxious “girls” about four hours later than planned it was sooooo worth it.  As our children get older and branch out on their own, our times together will be less – so embrace the chances to do things like this – sleep is slightly overrated, and football is on the radio.

Although the majority of the day was misty, rainy and downright nasty – the ride home revealed a spectacular clear sky complete with a Harvest Moon.  Over the years, we’ve heard lots of informal uses of the term Harvest Moon. Some people will call all the full moons of autumn by that name. And so they should. In autumn, the time of moonrise is close to the time of sunset for several evenings in a row, around the time of full moon. It’s as if there are several full moons during each autumn month.  So for example the moon you might have seen on September 28, looked very full and round in the sky. Did you call it a full moon? Did someone say it was the Harvest Moon? It probably looked like one!

Ok, so now you are asking yourself – what does the moon have to do with wine??  Well, tonight’s wine is Valley of the Moon 2009 Zinfandel.  We first discovered this gem on a cruise we went on for our 20th wedding anniversary.  It was love at first sight (oh, and the same goes for the way we felt about each other when we first met!).  While not the highest priced wines you’ll ever buy, Valley of the Moon wines are really good wines for the money. We’ve enjoyed their Petite Syrah, their Pinot Noir and especially love their Zinfandel.  You can pick these wines up at a variety of places for under $15.

This 2009 is a gem compared to their 2008 Zin – it’s got more of what you’d expect in a really good wine.  Lots of pepper and spice plus lots of fruit both on the nose and on the taste and finish topped off with a really beautiful color.  This wine is balanced and with food is a perfect way to enjoy an evening.  And, having spent the evening with one of our children, you can imagine how good the wine really tasted (No, not really, but it sounded SO good!).

When we visited Napa and Sonoma back in 2008, Valley of the Moon was one of our ‘must taste’ vineyards, and we weren’t disappointed nor were the other 25 – 30 people in the tasting room that afternoon.  We knew we wanted to be at this winery and convinced Bill, Pat, Sara and Sylvia to join us even if it meant giving up an afternoon in the redwoods to visit this place . . . sometimes, you just gotta do it!

While it has indeed been a long day’s journey into the night ( and now a new day) for us, it goes without saying how much we’ve enjoyed the last 30 days blogging about wines we have tasted and look forward to the next 335.

Remember to enjoy responsibly and recycle whenever possible!