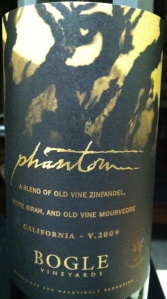 We were watching the weather tonight and heard about the big storm brewing up the East Coast .  .  . a combination of a hurricane coming up from the south, an arctic front coming from the north/northwest and a full moon which means high tides.  They have dubbed this rare weather occurrence, ‘Frankenstorm’ probably because it’s biggest impact will be next week, which coincidentally, is Halloween!  We admit – we are weather-junkies.  Brian probably more than Jean (daughter #2 is equally addicted), but nonetheless, we are weather-junkies.  You know the movie, Twister?  With Helen Hunt and Bill Paxton?  Yeah, we’ve seen it, like ten times.  No, not on purpose, it just happened to be on TNT or TBS or something like that.  Oh, and the movie, The Perfect Storm?  Yes, the one with George Clooney and Mark Wahlberg – among others.  Apparently, the ‘Frankenstorm’ brewing this weekend is supposed to make the “Perfect Storm” look like a thunder shower – we shall see.  More than a little concern since #2 goes to school in potential harms way on East Coast.

A phenomenon like this doesn’t happen very often.  A blending of weather systems creates some pretty weird conditions.  Back when we first moved to Missouri, we had spent a good part of spring break in Houston with family and friends.  March in Houston is WAY different than March in St. Louis.  We left that March afternoon in 77 degree weather .  .  . man, it was tough to give that up.  When we arrived in St. Louis, the weather was beyond nasty.  We’re talking rain, freezing rain, snow, temperatures in the low 30’s and a 1/2 inch of ice on the windows of our Isuzu Trooper.  Almost as soon as we left the airport parking, the freezing rain turned to snow.  We’re NOT talking snow showers here; this is a big dog snow, hard to see, wipers not keeping up with the accumulation on the windshield and defroster struggling to make any difference.  Brian need to see going over the Missouri River and the bridge was getting icy so he started to roll down his window  (now, for those of you who don’t know, windows in cars and trucks used to be opened by cranking a handle inside the car – the cranking would lower the window, thus opening it!)  – but tapped on the window first to knock the snow off – only to see the window disappear in the door – as in, it wasn’t going back up.  The ice was too much and the window came out of its track and so, for the next 7 miles, we drove in a blizzard with the driver side window down – snowing pouring into the car, the defroster on full blast and the wipers doing what ever they could to keep the windshield clear.  We got home and the next morning woke up to 16 inches of snow and the whole town shut down.  It’s the stuff that legends are made of, and if this storm is what they say it is, a new legend could be born by the middle of next week.

Our wine tonight is a terrific blend from the folks at Bogle.  Their 2009 Phantom is a blend of Old Vine Zinfandel, Petite Sirah and Old Vine Mouvedre.  It’s got class!  We love the smoothness of this wine.  The ’09 is deeper in color than the 2008 and it has a beautiful oakiness to it that really adds to our enjoyment.  There is a lot of fruit both on the front and finish that you won’t miss, and the taste goes on and on.  We recommend this with a big steak or a nice serving of pasta.  It’s got character, flavor and for around $16 a bottle, you’ll enjoy this without breaking the bank.  The ’08 is nice, but the ’09 will knock your socks off.  We are constantly looking at Gabriel’s and Spec’s for this gem and truthfully, we can’t get enough of it.

So, whether you’re watching the weather in advance of Halloween or dodging storms around your neck of the woods, you’ll want to stock up on Bogle’s 2009 Phantom.  You can enjoy it at the Opera or with the Ghouls and Goblins!  It’s a great way to wrap up your week or slide into the weekend.  Regardless of how you enjoy your Phantom, please do so responsibly and recycle the bottle when you’re done!

Have a great Friday and we’ll be back here tomorrow night – we get to meet the latest four-legged addition to the family . . . Bridget.