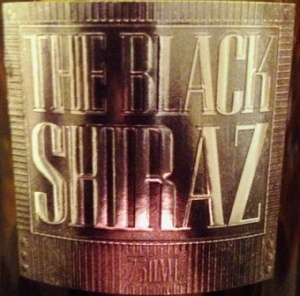 So, you may have noticed a trend in past blogs – we not only like wine, we enjoy a bargain.  Well, as the old saying goes, “sometimes you win,sometimes you lose” – as a matter of fact, tonight’s wine wasn’t one that was a winner.  But, before we get to that – when talking about “that old saying”, we couldn’t remember if it was a saying, a song, a movie or what.  So, because we are who we are – we looked it up.

So, now you know, and so do we, that these six little words have quite a history.  Okay, enough already – onto the wine.  While at Trader Joe’s on Sunday, we picked out a wine that looked interesting enough – especially since it was from Barossa Valley in Australia – home  of a number of our favorite wines.  Tonight, we opened up a bottle of 2010 The Black Shiraz from Berton Vineyards, and – to be honest, we thought maybe, just maybe, it would compare to Mr. Black’s Little Book (which by the way, we found on closeout at HEB in North Austin – yes, sister Sara – you are getting a bottle on Thanksgiving).  Well – sometimes you win and sometime you lose – it wasn’t anywhere near Mr. Black’s.  In fact, this one is probably going to be better off cleaning your drain pipes or perhaps peeling wallpaper!  A little harsh you say?  We have to admit when we opened the wine the nose was actually beautiful – lots of earthy, tobacco, with spices and fruit – which made our mouths water for the tasting.  Unfortunately, there was no taste.  There was no finish.  There was just red wine that didn’t make any kind of an impression.  We swirled it – No good.  We aired it out – No better.  We’ve even double decanted it – Nope, not happening.  For a $7.49 bottle of wine, many will say, “You got what you paid for.”  But, we know that there are great wines out there for less than $10 .  .  . we’re working on finding some of them – and  .  . . this ISN’T one of them.

Clearly, sometimes you win and sometimes you lose . . . tonight we kind of felt like the Bears against the 49ers – it wasn’t pretty and we’re glad that it’s over!  So, we move on, but as always, please remember to enjoy your wine responsibly and recycle whenever possible.