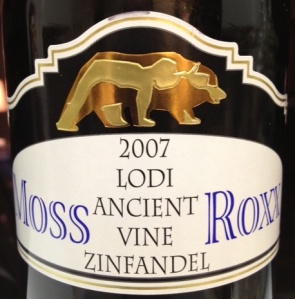 The Day AFTER Christmas!  We have to admit, it’s hard getting excited about the day after any holiday–it’s worse when it’s the day after Christmas.  The ‘let down’ of all the build up and excitement leading to the ‘big day’ and then “WHAM” it’s over in the blink of an eye.  Well, that means we’re only 364 shopping days until Christmas!

Today, after an early start we loaded Brian’s Mom in the car and made a return trip to Houston after a terrific visit.  Traffic was bearable for  the most part–unlike some areas of the country dealing with rotten weather, we had beautiful (but cold) weather and made it back to her apartment in slightly more than three hours with a stop in between.  It’s visits like this and having Jean’s Dad over that help us keep things in perspective.  Family is where it’s at.  You can have all the friends in the world, but without family, it’s a long haul through life.  Seeing how each of our parents’ have coped with their soulmate’s losses over the years has been a study in true love.  We’ve often remarked that we should be as fortunate as they–it’s the stuff that’s missing from a LOT of this country.  Love, Commitment, Passion and Family.  We see it in their eyes; we live it in the presence and we’ll miss it when it’s not available to us any longer.

Love of family came home in a different way as we learned this morning that one of Brian’s cousins in Canada had passed away on Christmas Day.  Paul was a young man by today’s standards; a devout Catholic and a member of the Knights of Columbus.  We’ll NEVER forget the weekend the Knights had a bowling tournament in Collinsville, Illinois during the years we were living in St. Charles, Missouri.  It was the same weekend as Palm Sunday.  These guys were not your ordinary bowlers–they came prepared!  So, when we arrived to visit with them at their hotel, it caught us completely off guard that they had brought their own Priest with them.  We proceeded to have Mass in the hotel room–even as the ice was shifting in the bath tub as it cooled the beer!  It was one of the most memorable and fun nights we’ve EVER had.  Paul, his twin brother, Pat, their brother Roy, sister Mary, her husband Carr, and a host of other family members were there and are still to this day in our hearts.  So, it’s with a heavy heart that we opened a bottle of wine to appropriately remember Paul and at the same time continue the celebration of the Christmas Season.

We tasted a 2007 Moss Roxx Old Vine Zinfandel from Lodi, California.  We picked this up at World Market for just under $18 and thought of two things: first, it’s a Zin, so probably worth trying and second: it’s from 2007, which in that part of California that year was pretty good for zinfandel grapes.  But, it was a name that we weren’t familiar with, so there was some trepidation involved in trying it.  The description that we found online sums up better than we could ever put into words about the beautiful wine we tasted. . . From queenbwine.com, “The 2007 Moss Roxx Ancient Vines Lodi Zinfandel, comes from the oldest operating vineyards in Lodi, California.  This zinfandel is full body with a big flavor, with lots of fruit and is meant to be drunk with a hearty meal.  The wine comes in a very impressive bottle, so heavy it gives  the feelof more wine in the bottle than it really is, but in fact you are getting a 750ml bottle of wine and no more.  In the glass the color is dark and inky, with herbal and earthy aromas, on the palate that all changes, bursting with ripe dark fruit, blackcurrant, ripe plums and a hint of walnut and old fashion fruitcake.  With 14.5% alcohol, it’s perfectly balanced and the finish is silky and smooth.”  Like we said, they summed it up perfectly!  It’s a really superb bottle of wine and is the kind of wine that you could lay down for two or three more years and it would get better.  It’s no secret that we love a good Zin, so finding this little treasure was worth the trip!

And because family (and friends) are an important part of enjoying wine (reference last night’s blog!), we hope you’ll stop during the busy holiday season and spend some time with those people who are important to you.  Cherish each moment as if it was your last with them.  Share a glass of wine or a glass of milk — but share.  It does the heart good to share and spread the love.  We’ll miss Paul– A  LOT!  He was present at most of our family’s major milestones.  Even though he never married or had a family of his own, Paul was–in every sense of the words–a family man.  May God Bless His Soul.

Please remember to enjoy your favorite wine responsibly and recycle whenever possible.