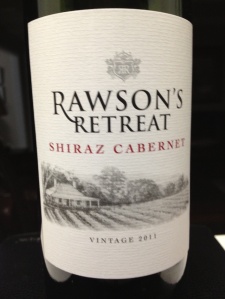 Tonight we enjoyed listening to and watching Father Leo Patalinghug from the Baltimore Diocese who also happens to have beaten Bobby Flay in a Fajita Throwdown!  His book, ‘Grace Before Meals’ was the stage for tonight’s dinner Celebrating Catholic Schoolsin the Austin Diocese.  About 100 people attended this amazing, entertaining and thought-provoking cooking demonstration.  The food was beyond delicious; the commentary while he cooked, was inspirational and at the same time very important to hear.

As we enjoyed dinner, Father Leo talked about sitting down to dinner as a family.  The dinner table literally becomes a family retreat.  Part of the way, we as parents, are to raise our children is teaching them at the dinner table.  By ‘feeding’ their minds, we educate them to become better women and men.  It’s a thought process not lost on us.  Even though both girls are off at college, we made it a point to have multiple meals at the table while they were in school.  That time–around the dinner table–was a chance for them to talk about their day, to update us on the latest trends or just blow off some steam about a teacher that “didn’t know what she was talking about!”  The fact of the matter–Father Leo was right–family time at the dinner table is a crucial component to feeding the minds of our kids.  As he pointed out so eloquently, we’ve become too dependent on fast food–trying to nourish without the ingredients necessary to feed.

As you read this and if you have kids, how often in a seven day week do you sit down at the dinner table and feed your kid’s minds?  Not just food enters their systems at those family gatherings, and as we found out at Christmas, when we DON’T sit at the table, mom and dad are called into question—“Why aren’t we sitting at the table?”  Because we’re too busy watching tv?  NOT a good answer!  The reality–our girls understand and cherish the value of having a meal at the dining room table.  Father Leo was right–feed them, nourish them, teach them and then watch them shine.

So, tonight after getting home pretty late, we opened a value-priced wine called Rawson’s Retreat.  It’s a 2011 Australian Cabernet Shiraz blend and we’ll get right to the point.  It was horrible.  It tasted like cranberry juice cocktail–without any taste.  Tart.  Sour.  Not what we’d expect from an Australian wine; however, we tried it because this wine was priced at less the $9 a bottle but we have to admit, it was OVER priced.  There is some good wine coming out of Australian–we’ve written several different blogs about a few of them–unfortunately, this isn’t one.  The nose was bitter, the taste on the palate was undistinguished.  When opening the screw-top bottle, it popped like a cork under pressure–never had that happen before with a screw top.  The finish was essentially non-existent.  We love wines from Australia, but this is one you can leave on the shelf.  Clearly, it’s designed for folks who don’t, won’t or can’t tell the difference between good and bad wine.  Our comment to the folks at HEB–find someone else to sell it.

We were relieved to learn tonight that some-not all-of the things we did with the girls as they were growing up–we did “right.”  Feeding children is WAY more than just providing them food.  The food comes from us as parents.  What a terrific way to tie together the concepts of educating and feeding — they’re really the same thing.  We hope that you enjoy your favorite wine responsibly, of course.

Remember to recycle whenever possible–we are, after all, leaving a legacy for our children and grandchildren.