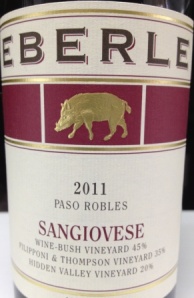 By now you’ve may have figured out that we are Catholic, and like so many others, today’s news from Rome caught us a bit off guard.  Not paying much attention to the news this morning, it wasn’t until Daughter #1 called and inquired – “what’s this about the Pope resigning?” that we knew something was up.  As we both jumped in our respective cars and headed to our places of employment the knob was flipped to the news.  Fortunately, or unfortunately, Jean has a much longer commute and heard more about the happenings than Brian. Daughter #2 also heard the news and checked in to see what was up.

Bottom line for us is that our Church continues to evolve and how humbling for the person who heads the Catholic Church here on earth to stop and say “I’m tired and it’s time to pass the baton to someone with new energy and vision to take the Church forward”.  That sure doesn’t happen everyday.  Of course, there is much speculation on why – that’s because we are human and have that insatiable “need to know” – can’t we just accept that a human has recognized that it is time for them to step aside.  Wow, what a concept – no personal gain – just doing what is best for the greater good.

Tonight in honor of Pope Benedict we opened an Eberle 2011 Sangiovese from Paso Robles,and although it wasn’t from Italy, it might has well have been.  The wine . . . yes, that’s why we’re here – the wine was beautiful.  We’ve actually been to the Eberle Winery twice – first time in 2007 and then again this past October.  One of the fun things about going to Eberle is when you drive up, you’re ‘greeted’ by a pig/boar bronze statue water fountain.  It really sets the tone for a place that isn’t too pretentious but whose wine is amazing.  To try Eberle Wines is to sample some really delicious American classics.  Even though tonight’s wine has a bit of an Italian spin to it, the Sangiovese from Eberle is actually sourced from three different San Luis Obispo County vineyards and the result is poetry in a bottle.  Keep in mind that this wine is very young . . . so young in fact that we couldn’t find any tasting notes about it online – so we’re creating our own.

The color is a beautiful, deep burgundy; it’s not so dark that you can’t see through it but it’s darker than you’d probably notice in a Sangiovese.  The nose is out-of-this-world . . . not saying it because we “have to”; it’s true – you’ll LOVE the nose of this wine.  There is so much raspberry and cinnamon on the nose that we almost forgot it was a wine.  The oak plays a part in the nose but it takes a back seat to the dark fruit and spice.  The initial taste is overwhelming – in a positive way.  How could a wine that is so young have so much going for it?  Structure, color, taste . . . they’re all there and prominent!  If there is one thing about his wine, it’s that the wine isn’t shy or hiding behind a label – no, it’s right in the front window for everyone to enjoy.  The finish on this 2011 Eberle Sangiovese is long and luscious.  The sweetness of the berries comes out as does the spiciness and the oak.  For us, as lovers of good quality Sangiovese wines, this Eberle is top drawer . . . the only problem is that we’ve already enjoyed it!  We’re pretty sure that we should have laid it down for another 9-12 months before opening, but life goes on!

With the changes taking place in the world today, we felt it was important to remember, recognize and recall important parts of the past.  It’s not very often that someone, like The Pope, steps aside to let someone else handle the reins.  It’s a lot like leadership – being a leader isn’t always about doing what’s right for YOU, sometimes it’s about doing what’s right for the bigger picture.

Hopefully, the bigger picture for you includes tasting your favorite wine responsibly while at the same time remembering to take the time to recycle whenever possible.