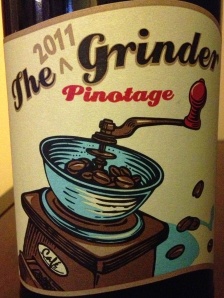 They say that home is where the heart is – – so guess we are “rich” because we “have” a bunch of houses.  One here in San Marcos, one in Nacogdoches where Daughter #1 is, one in Boston where Daughter #2 is and a whole bunch all over the country where pieces of our hearts reside with other family members and friends.  However, it is nice to be back where we can sleep in our own bed and have our four legged children follow us around like lost sheep.

We had a wonderful long weekend in Boston – albeit a wee bit colder than we are used to, but we survived.  The trip home today was pretty uneventful – Jean did discover that the TSA personnel at Logan airport were less concerned about the condition of her ID than the ones at the airport in Austin when we left on Friday – helpful hint . .  . don’t forget your current drivers license at home and try to use the one with your old address on it that the State cuts the top off of.  Oh well, lesson learned and it seems that Texas doesn’t want you to go and Boston opened the door and pointed the way back to Texas.  Good news is that she got out of Texas and back in – Daughter #2 was concerned she might have an extended roommate if “Mom” got turned away at the gate – whew!

Our flight had a 2 plus hour layover in Newark and since we had not eaten lunch and we passed by an interesting place called “Vino Volo” we stopped in (ok, wipe the surprised look off your faces).  We chose a table near an outlet (gotta keep those phones charged) and not surprisingly struck up a conversation with a neat woman named Margaret (liked her instantly when saw she was having a glass of Robert Hall!) – she was traveling for business and had a long layover like us.  Over a flight of wine (Brian took on the “California Kings” which had a small pour from Paso Robles, Sonoma and Central Coast and Jean went for the “Southern Hemisphere” which hailed from Chile, New Zealand and Australia – found a few new ones that we will have to track down and blog about) and a tray of meats, olives and cheeses, we had a great visit.  As we keep saying – we just love meeting new people and will now add Margaret to the list.  Great dialogue on technology – amazing how far phones have come in a few short years.

Tonight we want to talk about The Grinder  – a 2011 Pinotage from South Africa and the best word to describe it is: Coffee . . . lots and lots of coffee.  But, it’s also got fruit, oak, and earth to go with coffee, espresso beans and dark chocolate.  The wine was a very dark, reddish brown color. The nose was full of dark coffee, caramel and burnt ash (ash, as in a good way – like marshmallows that you hold over the fire long enough to char the outside, but leave the inside gooey).  Brian is a big coffee drinker so he really liked the smell of coffee.   The taste was no doubt coffee based, but also had some mocha and oak that flattened out the coffee taste.  The finish was very nice – the combination of oak, coffee, marshmallow ash and a dash of blackberry made for a long, drawn out finale.

This wine will amaze you.  For the price (under $12), you’ll be hard pressed to find a bigger wine with this good of a taste or an aroma.  When we opened the bottle, it was like walking into a coffee shop where they roast their own beans, grind ’em and  sell it as coffee . . . lots of fruit, but the coffee bean aroma wins out.

We’re glad the weekend is over; we’re very glad to have seen daughter #2 and we’re happy to have tried some new wines while visiting.  For you, the job is to not only try new wines, but to enjoy them responsibly, and of course, please remember to recycle whenever possible.