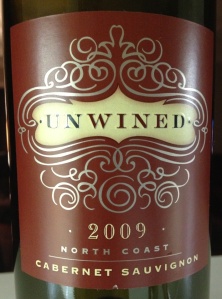 Well, here we are – another Easter Sunday.  From the time we’ve been kids until now, it’s always a family day.  Mass to celebrate our risen Lord – Alleluia!, Easter Egg hunts, looking for Easter baskets . . . they are a lot of fun, but nothing compares to the opportunity of spending time together as family.  It’s when we pause to realize how fortunate that we are that it all sinks in . . . and today was no different.  Having Daughter #1 here was terrific and because she’s ‘close’ we’ve been able to see here a lot more lately; however, Daughter #2 was still up “north” and wasn’t able to join us, SO, we had a way to connect with her even though she was 1,000+ miles away.

Last year, we unveiled cascarones . . . beautifully colored eggs stuffed with – confetti!  Oh My Gosh . . . who would have thought that they could be so much fun, but we didn’t just have a dozen of them – NO – we had three dozen cascarones!  Yep, 36 beautifully colored eggs and ALL of them stuffed with confetti and just waiting to be broken on someone’s head or back . . . or?  Last year there were about ten of us around the table and one can imagine the shear mayhem that took place when 10 people are cracking 36 confetti-filled eggs in a confined dining room!  We were finding confetti until Thanksgiving!!

Since Daughter #2 wasn’t going to be able to join us this Easter, we sent her “basket” of goodies ahead of time with a carton of her own cascarones.  Now, we aren’t completely certain, but we’re thinking that Boston has no idea what cascarones are . . . let alone the folks in the sailing fraternity house!  And, not that Daughter #2 has a devious streak in her, but we could only imagine who her first ‘victim’ would be and how well (or not) it would be taken.  Reports came in early this morning when the “Easter Bunny” arrived – and, hopefully, whomever was the ‘first’ can still laugh about it.  We hope Daughter #2 isn’t worried about ‘revenge’!!

So, tonight as we enjoyed Daughter #1 and her boyfriend as well as our nephew from San Antonio and Jean’s Dad, Bill, we celebrated with our traditional Easter dinner of Kung Pao Chicken – – – yes, this has been an Easter staple since the kids were little and has continued to this day . . . some traditions are made to last.

After dinner came a 2009 Unwined Cabernet Sauvignon from H-E-B, and at less than $12 a bottle, you might be inclined to try this North Coast cab.  While the nose was appealing, the body of this wine was medium–almost light-compared to other cabs we’ve enjoyed.  And, while the tasting notes say this about the wine, “Fresh red fruit, pepper spice and a hint of vanilla also shine through enhancing the overall impression of the wine. Medium bodied with fruit forward components of fresh cherries, blackberry preserves and a subtle pepper-spice that mingles with vanilla oak and just the slightest amount of smokiness that is almost reminiscent of fine pipe tobacco and floral seasonings.”  Our tastes were missing most of this.  It just didn’t satisfy . . . either on the palate or on the finish.  There was very little fruit and a prevalence of alcohol on the finish.  While overall the wine was smooth, it just didn’t make us want to crack a cascarone on it!  Having tasted several value-priced cabs in this price range before, we’d probably look elsewhere next time.

It’s always fun to start, pass on, keep going and appreciating family traditions.  Whether they’re at Easter or any other holiday, the time spent together makes the traditions even more enjoyable . . . and when you can crack an egg – filled with confetti – on someone you love . . . well, it could be a tradition worth keeping for years to come.

Speaking of traditions, enjoy your favorite wine responsibly and remember to recycle whenever possible.