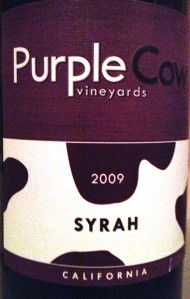 Today has been an adventure to say the least – – – when the sun came up over the horizon, the inhabitants of Casa del Vino were on the move.  Brian headed off to a meeting – then back to the house for a day off, Jean headed to Austin to take care of a little bit of work business before coming back home for a day off, Daughter #1 rolled out at a reasonable hour to take care of some chores before Bruce Wayne arrived and Daughter #2 and Clark Kent headed to Kerrville for a trip down memory lane. Whew, just tired thinking of all the activity.

We finally all hooked up at the house around 1:30 p.m.  – about the same time as the clouds opened up and dumped about 2-3 inches of rain on San Marcos.  We packed up and got ready to head to the coast to spend the weekend with best pals Fred and Edel and crew for a bit of fishing and R & R.  With six of us going, we had to take to two cars – so pretending to be the Beverly Hillbillies, we loaded up and headed out.  Like a bad penny, the rain followed us all the way south  – UNTIL we got to AP and there it just dried up like the Sahara Desert.

So, here we sit amongst a group of mostly non-wine drinkers, but willing participants nonetheless – and have opened a glass of really fun wine from Oregon – 2009 Syrah from Purple Cow Vineyards in Forest Grove, Oregon.  Have to admit, we heard the name and visions of Ogden Nash’s poem popped into our minds.  Anyone remember the immortal words of “I never saw a purple cow, I never hope to see one, but I can tell you anyhow, I’d rather see one than be one” – ok, we digress – back to the wine . . .

When we popped the cork and saw what Jean #2 (yes, we have one of those this weekend – and she is a fisherwoman DELUXE – more on that tomorrow night) described as a purple giraffe pattern – we were a bit skeptical.  BUT, have to admit – it wasn’t all that bad.  Nose was packed full of clove and plum with a dash of nutmeg – the palate had a twinge of tobacco and fruit, mostly of the mushy purple kind . . . not all that memorable but tolerable and enjoyable – the finish, although a bit short, was nice and actually quite pleasing.

We checked out the website for this wine – and found this wine was priced at $27 per bottle – ok, it was good – but truth be told, not that good.  While it has been aged in oak barrels for 27 months – it could use a few more to impact the final result.  We want to thank Edel who opened the wine for us, and for Steve for giving the wine to Edel – just LOVE the philosophy of paying it forward!

Ok, we have to wrap things up early tonight as we have to up and at ’em at o’dark thirty to got slay the trouts and reds.  We wind down with Edel, Fred, Jean #2, Tony, Andrew, D#1, Bruce Wayne, D#2 and Clark Kent – oh, and who could forget O Captain, my Captain!  No doubt there will be adventures to share tomorrow night – can’t wait!!!!

Until then, remember to enjoy responsibly and recycle whenever possible.