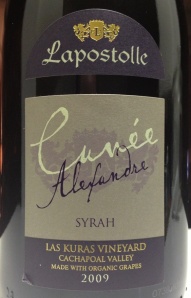 As parents, we’ve grown accustomed to doing things for our kids.  We’ve gotten used to the comings and goings of teenagers and young adults who absolutely HAVE to see their friends!  It’s actually pretty easy when you stop and think about it; we did the EXACT same things to our parents when we were their age.  Whether it was borrowing the car to go and meet someone at a restaurant, bar or bowling alley or having five or six other kids over for ‘dinner’, the reality is that times haven’t changed.  When kids come ‘home’ from school, they’re ready to continue the lives they’ve carved for themselves in school. Uhhhh–yeah, right!

The catch is that parents have different rules than their kids realize.  Rules that include specific times home at night; regular check-ins while out with the family car and no texting or drinking and driving.  While some of those are ‘no-brainers’, it’s a hard lesson for college kids who’ve enjoyed limitless opportunities while at school–and now to deal with the reality of being back in their parents home–NO WAY!  And so, the preparation begins for the arrival of both daughters.  One, who will have graduated from college, and the other, who will have completed two years of college. . .now descend upon us with two and four years of ‘independent living’ under their belts.  How does one ‘prepare’ for such an arrival?

What makes this kind of cool for us is that this will be the first time since they were both in high school that we’ve been together as a family.  Yes, there have been breaks, but Christmas and Spring Break…summer and Thanksgiving are all different than what’s about to take place.  It’s kind of like the calm before the storm…the reality of our kids–now young adults–coming back home to live for a period of time.  It’s exciting–it’s invigorating–it’s family!

With all of that in mind, we opened a well-respected bottle of Chilean wine tonight…a 2009 Lapostolle Cuvee Alexandre Syrah.  Priced at less than $20 a bottle, this wine has a nose to beat the band!  Hints of anise, cocoa, earthiness and tobacco are what we got out of our first sniff of this beautiful, dark purple wine.  It’s big and it’s bold, and the taste on the front of the palate was oh so pleasing. . .tastes of vanilla and black cherry consumed the taste buds leaving us with expectations of an amazing finish.  BUT, just when you thought it was safe to go back into the water. . .(Name that movie) the finish was mediocre at best.  It kind of evaporated before you could taste anything.  The wine had all of the trappings of a major winner–good value for the money, good taste for the vintage and great lineage in the fields and in the winemaking. . .a winning combination from where we sit!  Given the price point and the beautiful color of this wine, if you’re looking to impress people with your knowledge and nose, then buy this wine and serve to family and friends; HOWEVER, if you’re looking to try out your wine-tasting prowess on unsuspecting vintages, then leave this one alone.  We’d even suggest decantering this wine for 30-45 minutes before serving. . .it may enhance the characteristics and taste of the wine.

Nothing is more exciting to parents than to have their kids from college coming home.  It’s certainly no different in our case. We can’t wait!  From home-cooked meals to visiting on the deck and EVERYTHING in between, we’re ready to take on the challenge of family living back at home!  It’s moments like this that confirm why we became parents and why we want our kids to be the best they WANT to be!  Please enjoy your favorite wine responsibly—maybe even share it with one of your adult children—and remember to recycle whenever possible.

So, here it is Friday night – the end of a week that was a blur . . . albeit a good blur, but a blur nonetheless.  Seems like the days are just flying by and just yesterday was the end of August – we lost the entire month of September somewhere along the way.  The bad thing about taking vacation in mid October is that you lose days and before you know it – it’s Halloween.  For the record, no regrets about the vacation.

In addition to a bit of chill in the air tonight, there is a bit of excitement – daughter #1 is coming home in a few hours and bringing a special someone with her.  Being 21 has its advantages – one of which is making grown up decisions about who you decide to spend time with and make part of your life – even if they are significantly younger than you.  We are trying to keep an open mind – but as parents, this can be tough situation.  Suppose we don’t approve, will they get along with the family, what is their family history, do they love #1 as much as she has shared she loves them??  So many questions – first impressions mean so much –  time will tell . . . .

Since today was the first real “chilly” day we had we decided we should try a wine from where else but – Chile! We opened a 2009 Lapostolle Casa Cabernet Sauvignon from the Rapel Valley.  Being newbies when it comes to Chilean wines, we decided to do a little research.  According to  the website, Wine-Searcher.com, we learned that “the Rapel Valley is located to the south of the capital city, Santiago, and named after the Rapel River which runs through its heart. The region stretches from the Pacific coast in the west to the slopes of the Andes 60 miles to the east, so it is not surprising that its landscapes and climates are varied.  In recent years, other areas in the Chilean wine region have become better known than their parent, the Rapel Valley, as a result of the Chilean wine industry’s drive towards commercially-attractive regionalization.  Wines not covered by either of these names are often labeled simply ‘Valle Central’ – a broad-stroke term referring to the entire 560 miles (1000km) between Santiago and Puerto Montt.”  A graphic in the site indicates that wines prior to commercialization, specifically before June of 2009, were valued in excess of $60 per bottle and post-commercialization the prices have dropped to less than $13 per bottle .  .  . which is the price point for this wine.  This wine was supposedly rated at 86 points by Wine Spectator, but we have to admit, it wasn’t that good.  The nose was musty and earthy while the taste was anything but flavorful.  It was like big leaf tobacco in a glass with no finish.  It disappeared – completely.  We aren’t sure what all the fuss was about, but for the low price (this was another “whale of a deal” wines at Twin), it wasn’t worth the trip down south.  For our money, there are way too many other choices of good wines for low prices that put this wine to shame.  We understand that there are some excellent wines from Chile, Argentina and other parts of South America.  When you look at the land, the mountains, the micro-climates, you can’t help but be impressed with the capabilities of the region.  However, just because it says “Cabernet Sauvignon from Chile” doesn’t mean it’s ready for your palate – or at least our palates!  And, with family coming to town, it’s a good thing we offered ourselves up on this one; otherwise, “someone” might be a little upset!

In this case, the “someone” has four legs, white paws and tip of her tail, weighs less than 20 lbs and is named “Bridget”.  She is currently being “fostered” by #1 – translation to us is – “yes, I’ll be adopting her soon”.  Being dog lovers, we couldn’t be happier – will let you know how things go.  Not too sure how “the girls” are going to like their cousin.  No doubt Pepper will remind this “young’n” that she is in charge therefore deserves to be bowed to and adored.  Andie – well our money says she hides in the upstairs bedroom and wants nothing to do with this young whippersnapper.  Jasmine, well this could be as Arte Johnson would say “very interesting“.  Jasmine is the spoiled baby in the house and more than likely will take none to kindly to a “newbie” who will compete for attention.   Stay tuned for an update  – – –

Until tomorrow, please enjoy your wine responsibly and recycle whenever possible.