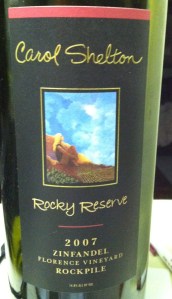 Good evening, wine lovers!  After spending the past five days in the beautiful Central Coast wine country of California, we have arrived back home.  Soledad, Paso Robles, Cambria, Big Sur and Monterrey .  .  . amazing places to visit and a great way to spend a vacation.  But, there is no place like home – we have really enjoyed writing about the experiences of the past few days but relish the opportunity to write about WINES going forward.  It was a beautiful morning in San Francisco .  .  . cool, sunny with almost no breeze.  Our day started with breakfast – thank goodness for Denny’s coffee and a trip to the airport.  You can really tell that San Francisco has planned their airport for LOTS of traffic.  We were dropped off at our airline by Ellie Mae and Jethro who had a later flight – we proceeded to the ‘dreaded security area’.  Actually, the wait was much less than anticipated and we made it through scanning without much to talk about. (We did get full body scanned – quite a treat to start the day) It was almost amusing when we got to our gate and our flight was non-stop to Austin and in the gate immediately to our left was a non-stop flight to San Antonio that got in a half hour earlier!  Mr. Drysdale and Ms. Jane joined us on the flight – so it was eventful!  After a delay on pushing away from the gate, we were in line for take off – seven, count them seven planes ahead of us!  We ended up taking off a half hour AFTER departure time, but miraculously, we arrived ON TIME in Austin at 4:15.  Man, it always feels good to take a trip but it ALWAYS feels good to get home.

After a quick stop for a sandwich, it was on to the house and a chance to visit the ‘family’!  Our four-legged children were very excited to see us after being cared for by our special pet sitter, Mitsie Benton with Happy Paws Pet Service.  As usual, she did a great job of taking care of them, so we could keep them at home as opposed to taking them to a kennel.  There is a magic with vacations that you know you’re ready to get home when you realize there is work to do and you can’t wait to get home to do it!  On top of that, the break was just long enough for us to enjoy some great wines, some delicious food and our great friends.

Coming home tonight, we decided to forgo our Paso Robles wines (no worries, you’ll be hearing ALOT about them in the days ahead!) and instead opted for a Sonoma County Zinfandel given to us by Jean’s Dad, Bill.  The wine is a 2007 Carol Shelton Rocky Reserve Zinfandel, and it is a great way to come back home!  Of course, you’ve come to expect us to talk about zinfandel, and this wine kicks some butt .  .  . thank you very much!  A great nose of pepper and spice with lots of fruit greeted us when we pulled the cork, and then the first sip – WOW, it was smooth, tasty, fruity and oh, what a nice velvety finish.  We couldn’t have picked a better way to wrap up our vacation and usher in the next several months of wine blogging.

For those of you who have recently signed on to follow us, thank you.  We have learned that not only do we appreciate good wine, but we appreciate the process of making wine, the concept of marketing wine and the fun that comes from sampling and tasting wine.  Even though we are now home, we’ve learned and continue to learn about the stories of wine makers that are inspirational, family-oriented and have a cool under current.  We visited with Don Brady at Robert Hall Vineyards who  has ties to Texas and man, he is a great guy who really knows how to make delicious wines; we visited with Greg and Tealy at Barr Estates Winery who showed us that it takes hard work to make a quality product.  We can’t wait to talk about some of the amazing  wines that we tasted during our trip.   One of the great things about visiting wine country is ordering some wines and counting the days until their arrival – kind of like Christmas!

Tonight, we relax and enjoy our final hours of vacation with a renewed sense of energy and focus – good wine is not just a hobby – it’s a passion and much like the makers and sellers of wine that we met over the past several days, we hope that you’ll continue to enjoy good wine as well, but please remember to enjoy your wine responsibly and recycle whenever possible. 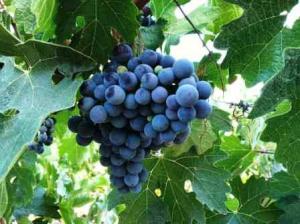 So, did you know that today in 1951 “I Love Lucy” premiered on CBS?  You may also know that one of the most popular episodes is the one where Lucy and Ethel take jobs in the chocolate factory and have to wage battle against the conveyor belt by stuffing chocolate after chocolate into their mouths just to keep up.

Well, today was a little bit like that for our group  – except for we were enjoying wine not chocolate.   The morning got off to a great start with Jean and Elle Mae walking into the vineyard of the house we are renting and visited with the workers harvesting Malbec grapes.  Truth be told, it was a beautiful morning made complete by eating grapes right off the vine for breakfast.  Soon after, the Clampetts loaded up the truck and headed out for today’s adventure.   First stop was a return trip to Eberle Winery – there we were greeted as the first customers of the day by David and Doug – they pegged us as Texans immediately – could be the UT Longhorn hat that adorned Uncle Jed’s head.  Regardless, they were very polite and served us wine in spite of the burnt orange headgear.  We had visited Eberle when we ventured out here five years ago, and were again pleased to be reconnected with such flavors.  The winery recently scored 93 points on 2010 Syrah Steinbeck Vineyard – wow, this was a great wine – the dark color tipped us off to the flavors that awaited us.  This full-bodied treat is one that would go well with just about any meal 0r a quiet evening on the back deck.  We sampled several other delicious wines and will be blogging about them in the days ahead – have to wait for the shipment to arrive at Casa del Vino.  A shoutout to Doug and David who made us feel right at home and got our day off to a perfect start.

Next stop on the list was Robert Hall Winery – thanks to Patrick at Grape Juice, we were able to get a backdoor tour of the operation.  Don Brady took us down into the cellar to see where grapes being unloaded and crushed.  This was a great opportunity to witness first hand how the grapes turn into wine.  After the tour, Ashley in the tasting room made certain we got a sampling of all the goodies Robert Hall had to offer – again, more on these wines later as they arrive at the house.

Lunch time arrived and we headed to Thomas Hill Organics – another tip from our friends at Grape Juice – had “organic grapes” in regular o wine – “regular” only because they were not organically turned into wine.  The wine was tasty and complimented all of our lunches – however the “medium bodied” wine was anything but medium . . . more like an XL.

We had one final stop for the day – the gang loaded into the car and headed off the Adelaida.  This is another winery that we visited in 2007, and were so glad we made a return visit.  Thanks to an Oliver connection, we were treated to a tour of the vineyard, stopping at different locations to not only view the landscape, but be treated to glass while standing amongst the vines that produced what we were enjoying.  After and hour and a half, we stopped at a roadside table, and Tony our tour guide produced a picnic basket full of meats, cheeses, crackers, dried bing cherries, walnuts (the vineyard has a grove that produces half a million pounds of these delectables a year), and coffee flavored chocolate.  We sampled 2009 HMR Estate Pinot, 2009 Michael’s Estate Zinfandel, and finally 2009 Anna’s Syrah and 2009 Version Red.  All of these wines are rated 90 points or higher by Robert Parker and Wine Spectator.  Wow, wow, wow !  When we returned to the tasting room, one more treat awaited us – 2006 Cabernet Sagvignon Viking Reserve – a heck of a way to end the day!

So like Lucy and Ethel, we kinda sorta faced the “conveyor belt” today but managed to rise to the occasion.  A hard day’s work calls for an evening in the hot tub, and an early night.  As it turns out we have a date tomorrow morning at O Dark Thirty to help crush grapes at Barr vineyards – hmmmmmmm, think that is another Lucy episode!

Sleep well, remember to enjoy responsibly and recycle when possible. 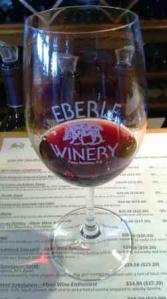 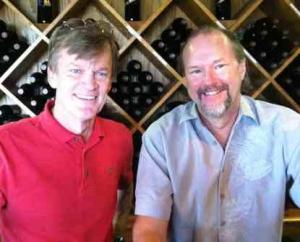 Doug and David at Eberle – thanks for a great morning. 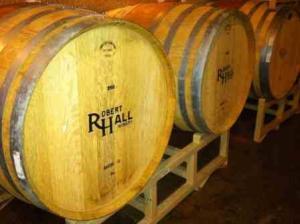 Lots of good wine being produced at Robert Hall 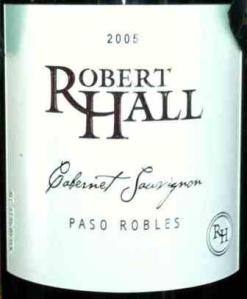 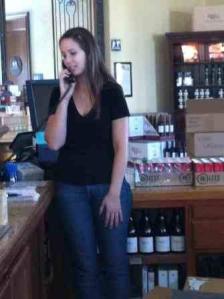 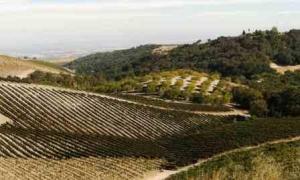 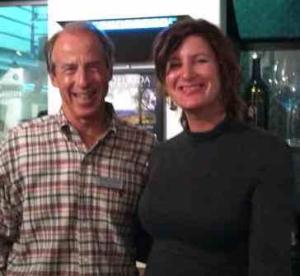 Tony and Bunni at Alelaida