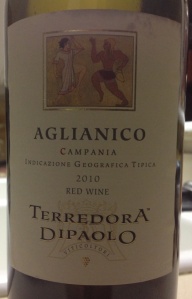 Woof!  It’s an understatement to say that the dog days of summer are upon us.  We’re only a few short weeks/days away from the start of another school year and even though the calendar says it’s time, the weather indicates differently.  We’ve been watching pictures in the paper and footage on the news of young men in high school and college working out on the football field–soaked in sweat–they are chasing the dreams of thousands of young men who have come before them. . .the elusive championship.  It’s an interesting contrast to the “training camps” of the NFL, whose star players are pampered beyond means and whose contracts have all but eliminated ‘two-a-days”. . .workouts for those of us who are “football challenged.”

There was a time back in the 60’s, 70’s, 80’s even the 90’s when players played football during the season and played everywhere else during the offseason.  When training camp started, it literally was training all over again.  But today’s athletes are finely tuned machines. . .they exist on meals of carbs, proteins and other essential nutrients.  They are primped, pampered, coddled and cared for because instead of being viewed by the owners of the team as athletes. . .they are now possessions.  And, these possessions can’t return on the investment unless they are at peak performance.  So, it’s kind of ironic that more and more professional athletes who used to do ‘two-a-day’ workouts and made it through Pee-Wee football, Pop Warner football, high school football and college football without nary an incident, suddenly find themselves on injured reserve with a torn medial collateral ligament.  A coincidence?  Who knows. . .but, the dog days of summer have descended upon us and as the Rattlers and Bobcats gear up for another season in the sun, it’s good to know that some traditions can stand the test of time.

Tonight we enjoyed a superb–yet young–Italian wine.  A 2010 Terredora di Paolo Aglianico from our friends at East End Wines in Austin.  Priced under $15 a bottle, this wine is good now. . .and we mean really good now. . .but, if you lay it down for another 3-4 years, it’s going to be spectacular.  This2010 Aglianico is a gem of a wine. Wild cherries, dark raspberries, spices, leather and licorice come together beautifully in a medium-bodied red. Floral notes waft out from the glass on the finish. There is nothing fussy here, just a flat out delicious bottle of unoaked Aglianico. Even better, from where we sit, this is a terrific value.  It’s a great wine with food as well. . .believe it or not, we had chicken fajitas with fresh guacamole and pico de gallo, grated cheese and spanish rice.  The wine stood up to the spice and the finish was a great palate cleanser!  Great Italian wines are easy to find. . .Spectacular Italian wines are a gem to locate, buy and save for special occasions.  Add this one to your list!

We know that when school starts, football season is just around the corner.  In spite of our commentary on the pros, it’s still pretty good entertainment, but not as enjoyable as the pure passion of high school or college athletics.  There is something to be said to enjoy a sport . . .’for the love of the game’!

As your Tuesday gives way to Wednesday, please enjoy YOUR favorite wine responsibly and remember to recycle whenever possible.

Yeah, we did watch Jerry Maguire tonight!  It’s a perfect way to start the football season. . .really, it’s a lot better than watching preseason football.  There are preseason games on Thursday night, Friday night and Saturday night. . .and for the first few weeks, they are nothing more than auditions for ‘The Show’.  Even though every sportswriter, every television commentator, every radio mouth-piece and most fans are jaw-jacking about glaring weaknesses here and glaring weaknesses there.  Really?  Have you looked at the rosters of these teams?  In Pro Football, training camp starts with 90 players.  AND, roughly half of them will NEVER see the field of dreams.  So, the preseason games really are auditions for a future. . .either in professional football or in the REAL WORLD.  We suspect that most guys on these rosters would much rather be football players than dealing with the  REAL WORLD.

So, in the movie, Cuba Gooding, Jr. plays Rod Tidwell of the Arizona Cardinals…we don’t have to go into the plot since the movie has been out since 1996, but it illustrates the cut-throat nature of representing professional athletes, it represents the greed of take it all now mentality and the obvious…”what’s in it for me” mentality that professional athletes have been groomed to expect.  And, it doesn’t matter what sport–translated loosely to business–they’re in.  Basketball, Football, Baseball, Hockey–it’s ALL about showing them the money!  We all know why–because the OWNERS are filthy-rich, spoiled and get exactly what they want.  At some point, in the not-too-distant-future, professional sports will collapse on itself–under the weight of drug abuse, greed and lack of trust.  Baseball is probably the first to go. . .

Fortunately, when it comes to enjoying a nice wine, you don’t always have to show the money.  In fact, as we’ve been able to show over the past 342 days, there are AMAZING wines available for only a few dollars a bottle that offer amazing taste, structure, finish and value.  Tonight, we add yet another nice wine to the stable – actually it runs around $30 per bottle, but we found it on sale for half that at our Kyle HEB.

This wine was first tasted in the land of the BRWC – aka Casa de P&L.  It is a 2010 Shatter Grenanche – now we must admit, and have several time throughout this blog, that we are not big fans of French wine . . . it’s nothing personal, some of our favorite foreign exchange students are from France – heck, even the Coneheads are from Remulak (somewhere in France, right?).  When we first popped open the cork, we knew immediately that it needed some air time.  After decanting for about 30 minutes, the nose opened up to strawberry, pepper, cherry, black plum and vanilla notes.  The palate continued down the path of dark berries, plum and cherries. The strawberry notes there, but less noticeable. Barreled in french oak helps this wine – but the pepper balances it out nicely.  The finish is nice enough, smooth yet a bit of a bite – but overall very nice.  We’d buy it again at the sale price, but not at a regular price of $30 plus.

Let’s face it. . .there are literally hundreds of sports stories out on the silver screen. . .from Monty Stratton to Gale Sayers and from the US Olympic Hockey team to the US Ryder Cup Championship, if there’s a way for Hollywood to make a buck–they’ll make a picture.  Jerry Maguire was a mere glimpse into the world of sports agents. . .OZV Zinfandel is a mere glimpse into the world of truly value-priced wines that taste good, look good and are worth every penny.

We hope that you’ll enjoy your favorite wine responsibly and remember to recycle whenever possible.

When we awoke this morning, we got to talking about all the “stuff” we had witnessed in our lifetime – in fact, we started a list in order to see what we had accomplished (or at least thought we had!).  Ready, Set, Go –

Since January 29, 1983 we have at minimum and in no particular order:

Whew – makes us tired just thinking about it – can’t even begin to count the number of wines we’ve tried.  So, tonight in honor of “numbers”, we decided to open Cuatro Pasos 2008 from Spain.  Cuatro Pasos means 4 steps. It is made 100% from Mencia and brought to us by Bodegas Martin Codax in Cacabelos (Leon) and is part of the Bierzo DO (denomination of origin) in Northwestern Spain.  Calling it ‘old vines’ would not be an exaggeration since the grapes come from 80-year-old stock.

When we poured it into a glass – it was deep, dark red with a hint of violet . . . but mostly ruby-red.  On the nose it was so-so, nothing to write home about, but you got the whiff of cherry and fruits with a dash of toasty cedar – again not a nose bomb, but enough to peak your interest.  Taking a sip took you down a path of rich fruit – not overpowering, but fruity and flavorful – smooth and balance, but again not overpowering.  The finish was also smooth – went very well with Brian’s Kung Pao Chicken – spicy, but not overly so and the wine really balanced everything out.

Jean picked this wine up during a midday stop at HEB in Austin for under $12 – haven’t seen it here in San Marcos, but if we do find it – would definitely purchase again.  Seems to go well with food (and Thin Mints courtesy of the local G.S.’s).  We could see this as a great deck wine – wishing it wasn’t so dry here so we could even put a fire in the pit.

So, as we take one final look at our “list” – we do realize that it “adds up” to a wonderful life thus far – we have many more years together ahead of us – but up to this point, it’s been pretty darn spectacular.

Please remember to enjoy responsibly and recycle whenever possible . . .