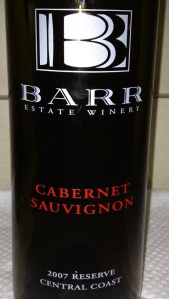 Ahh, Friday.  The last bastion of work before relaxation!  A time to kick back and let go of the work week worries (just try saying that fast three times!) Not sure if you’ve been paying attention, but a week from today is March 1st!  Yeah, funny how it sneaks up on you . . . January – well, with 31 days, it’s already a known quantity – especially after December which also has 31 days, so February is kind of  kickback for two consecutive 31 day months — it’s like a tax refund — of days, but the only problem is that we get seriously short-changed.  Come on,  – 28 days?  It’s like the month just starts and then it’s over.  And, to make matters worse, we HAVE to go into March . . . kicking and screaming because we just got used to February and SOMEONE pulled the plug on it!

Surviving February is much easier this year . . . it’s been in the high 60’s and mid-70’s pretty much all month.  While the midwest and northeast have enjoyed a, ahem, substantial winter – our part of the world has seen above average temperatures and below average precipitation.  Lot’s of snow fell yesterday in and around our old stomping grounds in St. Louis, and the same storm is heading towards the New England area where daughter #2 is’ battening down the hatches’ (so to speak) and ready for a third consecutive weekend of winter weather.  Uhhh, yeah, we’ll just sit here and enjoy some wine ON THE DECK because we CAN, and know that at some point between February, March or April, we’ll probably get OUR just rewards . . . so much for being smug about it!

Since it’s a Friday–the last Friday in February 2013–we decided to make a trip back to Paso Robles, and more specifically, to the family vineyards we stayed at during our trip there.  The good folks at Barr Estate treated us to beautiful surroundings, the opportunity to lend a small hand to their operation and, most importantly, the pleasure of trying their wines.  Now, we’ve previously written about and raved about their Malbec, so tonight we broke open our bottle of their 2007 Reserve Cabernet Sauvignon.  This is no ordinary Cab.  It’s been aged in oak barrels for three – count ’em three–years!  The minute we opened the bottle, we could tell that this was going to be a big wine.  Crush encircled the cork and bottle rim; the aroma was permeating the kitchen . . . we had a feeling that this was going to be a tasty wine–just by the smell!  Lots of tobacco, cedar, raspberries and blackberries on the nose–a veritable cornucopia of scents that combined with the subtleties of the oak barrels.  It was a magnificent nose–leading, of course, to our first taste–and OMG! this was a big wine.  It was like a meal in a wine glass!! (Well, not really, but it sounds so impressive!)  We enjoyed this wine with a beautiful homemade pizza loaded with garlic, italian seasoning, red onions, red peppers, mushrooms, black olives, lots of cheese, sliced roma tomatoes and fresh basil.  Yeah, it was a big meal to go with a big wine and we really liked both of them.  As the evening progressed and wine opened up, it was amazing–almost like a dessert wine.  The structure, the flavors, the tannins . . . these folks hit a ‘grand slam’ with this wine and ‘Katie Barr The Door’ we’ve got to get some more!!  We loved their description, “Rich, intense, chocolaty aromas are layered with nuances of stewed black currants, tobacco and leather in this classic Cabernet.”  NO?  Really?  We NEVER would have guessed that!  Priced a little higher than our normal price range . . . at less than $30 a bottle, you’re probably going to want to get ahold of this gem – if it’s still available – because they don’t miss on their wines, and after seeing the time and effort put into the harvesting, we’re sold!

We hope your weekend is relaxing and gives you the opportunity to enjoy your favorite wine(s).  Regardless, please remember to enjoy them responsibly and recycle whenever possible.